Video in marketing is great: 8 reasons why 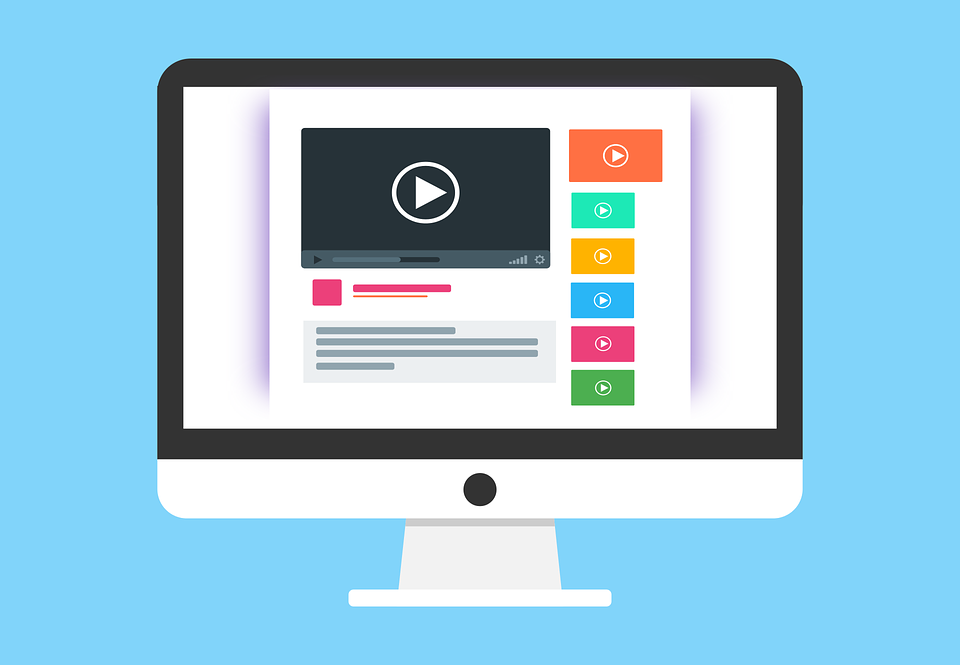 Video in marketing isn’t a new thing (TV adverts still exist and are played quite regularly), but in the world of digital marketing, people have been surprisingly slow to catch on. It could be because it’s a little more time consuming than some of its counterparts, or because it requires more equipment to make something professional-quality, companies tend to avoid making videos online. We’re here to say, however, don’t be scared of video. It’s pretty rewarding. Here’s why:

If you put a video on the landing page of your site, you’re about 53 times more likely to rank on the first page of Google, according to TechCrunch. On top of this, the WordStream blog has also claimed that adding a video to your page can increase your conversion rate by up to 80%. If you add a video to an email campaign, your click-through rates will improve massively, and video social media posts are around 1200% more likely to be shared compared to text or link-based content.

These are unbelievable numbers, and it all makes sense.

People are more interested in watching a video than they are a huge article, it’s easier to digest and takes less focus, and Google know this. Videos just perform better online- they get more clicks, shares and conversions.

Social networks are doing everything they can to incorporate videos into their platforms. Facebook has put a lot of energy into FB Live and FB Watch. Instagram increased the length of their videos, changed the IG Discover algorithm to favour them, and even added IG Stories. Twitter has a Periscope integration. YouTube is the also technically the second most popular social network in the world. Times are changing.

This doesn’t guarantee shares, however. First and foremost, the video has to have entertainment value. According to Wyzowl, 76% of the users they interviewed said that they would share a branded video with their friends if it was entertaining. As a brand, you’re naturally against it, with people not wanting to share promotional or professional material, so make something they want to share with their friends instead!

Video and mobile are a great pairing. As we’ve just mentioned, mobile tends to be where people watch the majority of their video content, and it also happens to be where search engines and social media sites have been shifting their focus over the last few years.

Mobile users are more likely to watch videos, and more people are likely to be on mobile, so it’s a win-win. Plus, mobile apps have some of the most convenient share buttons on the internet, meaning if you can make an entertaining video, a tap of a finger will be all it takes to gain some traction.

This makes it all the more important to go with something funny, heart-touching or informative. If you get a reaction, you get a share.

A study by eyeviewdigital.com shows that using video on landing pages can increase conversion by 80%. They’re definitely more effective if they have a purpose, so be creative. Another study conducted by Wyzowl found that 74% of users who watched an explainer-video about a product ended up buying it afterwards.

If you’re selling a product, make a short educational video on how it works, or a more in-depth look. Asos do this well, they’ve recently started putting a short video of a 360° look at their clothes, and it really helps people decide what they’d like to buy.

If you’re selling a service, a short promotional video on the landing page can help you attract more customers and persuade them to buy.

This deserves its own point. Are you launching a new product or a service? Help people make their mind up by telling them what you’re about, and you can get a lot of people off the fence. 98% of users in the Wyzowl report say they’ve watched a tutorial or explainer video to learn more about a product or service at least once. That is why 45% of businesses who use video in their marketing said that they have an explainer video featured on their home page.

This can truly be your best friend if you ever need to explain your product. Some brands are selling things that might need a bit of teaching for people to fully “get”, and sales will suffer if customers don’t understand it. It might even be a better idea in some cases to have an animated video, as it makes it much easier to visualise things when you aren’t held back by what’s around you in person. Plus, animated videos are more eye-catching, and people don’t really have as much patience for ads anymore.

Photos are effective, but there’s a lot of ways to hide. With clothing brands, it’s common practice to put pins in the back of the clothes to make them fit better, and with furniture, it’s definitely a good idea to make sure you’re not paying for a dog-size settee if you’re looking online (more common of a mistake than you’d think.) Videos are harder to mislead people on, and there’s a lot more room for transparency, so people tend to trust it more.

Some consumers are quite sceptical about buying things on the internet, and to get a sale, it’s often about gaining trust. 57% of consumers say that videos give them more confidence to purchase online, so having a little clip showing the product’s size, material quality and whatever else can get you a lot more conversions.

We’ve talked about video’s educational value, but it’s also probably the easiest medium to consume. With the internet, there’s an infinite amount of information available to the average user, so they tend to filter out the things that take the most effort to understand. Long product descriptions are usually the first things to be skimmed over, and that means you might be failing to inform them of what makes your product or service amazing.

Video marketing can capture a wide audience, and it works on many levels. Even the laziest ones. Make sure you target not only to the eyes but also to the ears of the potential client. Your competitive advantage gets double power!

It has surprisingly high ROI

The time, effort and money that goes into video is what puts a lot of people off. That being said, if you account for the increases in conversion rate and the boost you’ll get on social media/ search engines, it’s really worth it.

It won’t be perfect, but even shooting on a phone and using a free video editing software can give you the same results. The content matters more than anything, so get creating!